Examples and tips in this episode

SyRI, devised by social affairs ministry officials in 2014, has been used by four local authorities to draw up lists of people suspected of some form of housing or social security fraud. The system uses an algorithm which links government organisations and draws up risk profiles based on the profiles of people already caught committing social security fraud. It then combs the records to find people with a similar risk profile who are then considered to be potential fraudsters and listed for further investigation. The court case was brought privacy groups, the FNV trade union federation and several private individuals. They argue that SyRI makes ordinary people suspects without reason. The system has also been criticised by UN human rights and poverty rapporteur Philip Alston who told the court by letter that it appears to discriminate against people with little money and people with a minority background. 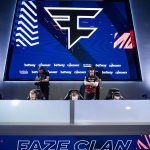 LeCrab
20 September 2020
I am going to tell you a story. Whether you believe that it is true or not, is totally up...
LeCrab
24 June 2020
Hi! Thanks for tuning in. I created a guided meditation for you. It will only take you about 7 minutes,...
LeCrab
4 June 2020
These are difficult times. So much is happening that brings negativity. We are being provoked. We are being hit hard...
LeCrab
25 May 2020
Hello everyone, thanks for tuning in!  This Grand Awakening is here, and it is growing fast. It will impact us...
LeCrab
10 April 2020
One of the basic universal rights of every person worldwide is the Freedom of Speech. Our governments are stripping that...
LeCrab
26 March 2020
Let's think about what we can do differently after the currency crisis ends. Do you want to keep believing everything...