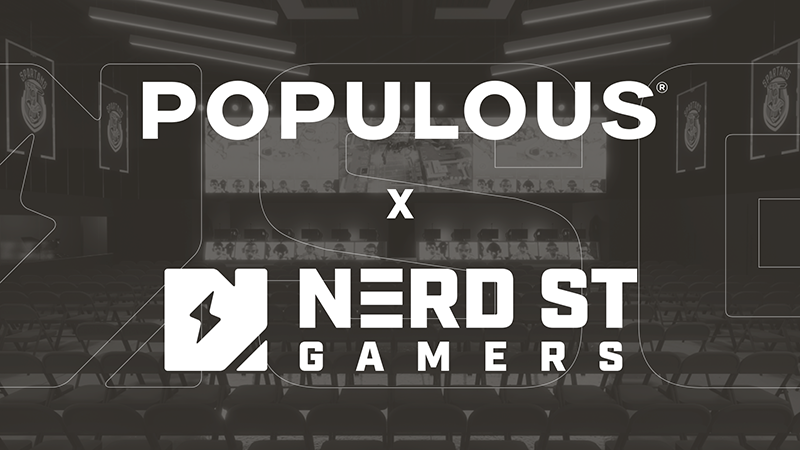 As part of the deal, Populous will act as the architect of Nerd Street Gamers’ upcoming Localhost venues across the United States.

Populous has worked on esports facilities such as the Esports Stadium Arlington and Philadelphia Fusion’s Fusion Arena in recent times. Nerd Street Gamers plans to build over 100 Localhost facilities in the next five years and Populous will be involved in designing each of them.

John Fazio, Founder and CEO of Nerd Street Gamers, discussed the deal in a release: “Populous has the vision the industry needs to create exciting, world-class experiences for players and spectators. We’re incredibly excited to unleash the incredible talent of this team of artists as they help create inclusive spaces for the esports community.”

Nerd Street Gamers raised $12 million (£9.8 million) in its Series A funding round, as announced in October last year. Led by retail chain Five Below, Localhost facilities will be built and connected to its stores. Later that year, the company partnered with We Are Nations to launch retail spaces inside of its venues.

Brian Mirakian, Senior Principal of Populous, added: “Esports and the gaming culture is growing exponentially and the industry needs purpose-built venues that match the passion and commitment of its fans and players. We’re eager to usher in a new era of esports with Nerd Street Gamers, one that builds transformative entertainment experiences that engage and excite gamers across the country.”

Esports Insider says: Nerd Street Gamers has made huge strides in the past year or so and, as we always say, it’s evidently not slowing down in the near future. It has titanic plans when it comes to its Localhost initiative and having Populous on board in an instrumental role is a great move.