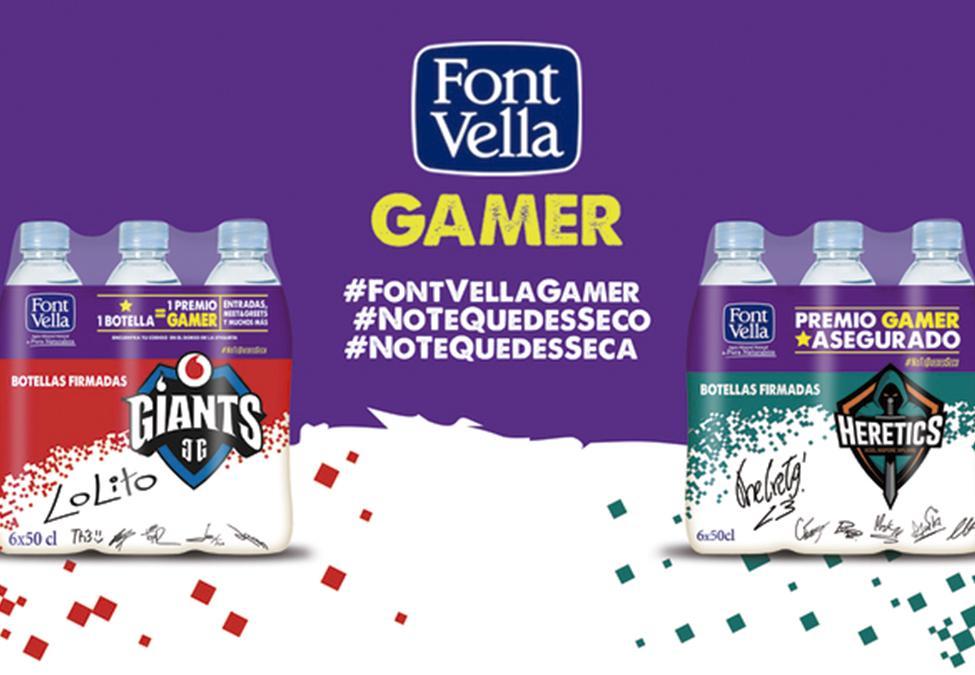 Danone Waters’ Spanish bottled water brand Font Vella has announced a sponsorship deal with Team Heretics, as well as a renewal of its existing deal with Vodafone Giants.

Both teams will have players and branding featured on water bottles and packaging in Spain, all of which will feature a giveaway contest for buyers.

Individual half-litre bottles and six-pack packaging will include images of players from one of the two partnered teams, alongside team branding. Each package includes a code that can be redeemed for a chance to win team jerseys, esports event tickets, VIP team experiences, and more.

Claudia Billstein, Head of Marketing at Font Vella, commented in a release: “Esports are a clear opportunity for us to continue to bring healthy hydration habits through natural mineral water to the followers of this trend. We do it in an attractive way, speaking their same language and with a specific product designed for them.”

Font Vella made its first steps into esports in April 2019, announcing a sponsorship deal and “Font Vella Gamer” campaign with four teams: Vodafone Giants, MAD Lions, Team Queso, and x6tence. Vodafone Giants is the only team that was re-signed, alongside the newly-added Team Heretics.

José Ramón Díaz, CEO of Vodafone Giants, added: “It is great news that a brand like Font Vella, with whose values we fully identify, bets one more year on the esports sector and does it with us. Through this collaboration we will work to continue promoting healthy living habits.”

Esports Insider says: Although the campaign has half the teams as last year, it’s great that Font Vella continues to see value in esports sponsorship – and the mainstream visibility for these teams is fantastic.