Well before the rumors, we knew this day was coming. After several generations of smartwatches and a handful of headphones, the smartwatch was the next logical step for OnePlus.

At today’s big launch event, the company made its first major wearable official, sporting the decidedly pared-down name, OnePlus Watch. As the title implies, the smartwatch is not a particularly flashy one. It has a minimalist design and, at $159, a price to match.

What’s perhaps most interesting here is the operating system. The Watch will be running the equally straightforwardly named OnePlus Watch OS. Google’s Wear OS was obviously the low-hanging fruit here. And then, after that, Tizen, which Samsung has used for several generations of Galaxy Watches.

Instead, the company opted to build its own operating system on top of RTOS (real-time operating system). CEO Pete Lau addressed the subject not long ago in a OnePlus forum, writing:

We chose to go with a smart wear operating system developed based on RTOS because we believe it provides you a smooth and reliable experience while offering a great battery life, covering some of the biggest concerns we’ve been hearing from people looking to buy a smartwatch. 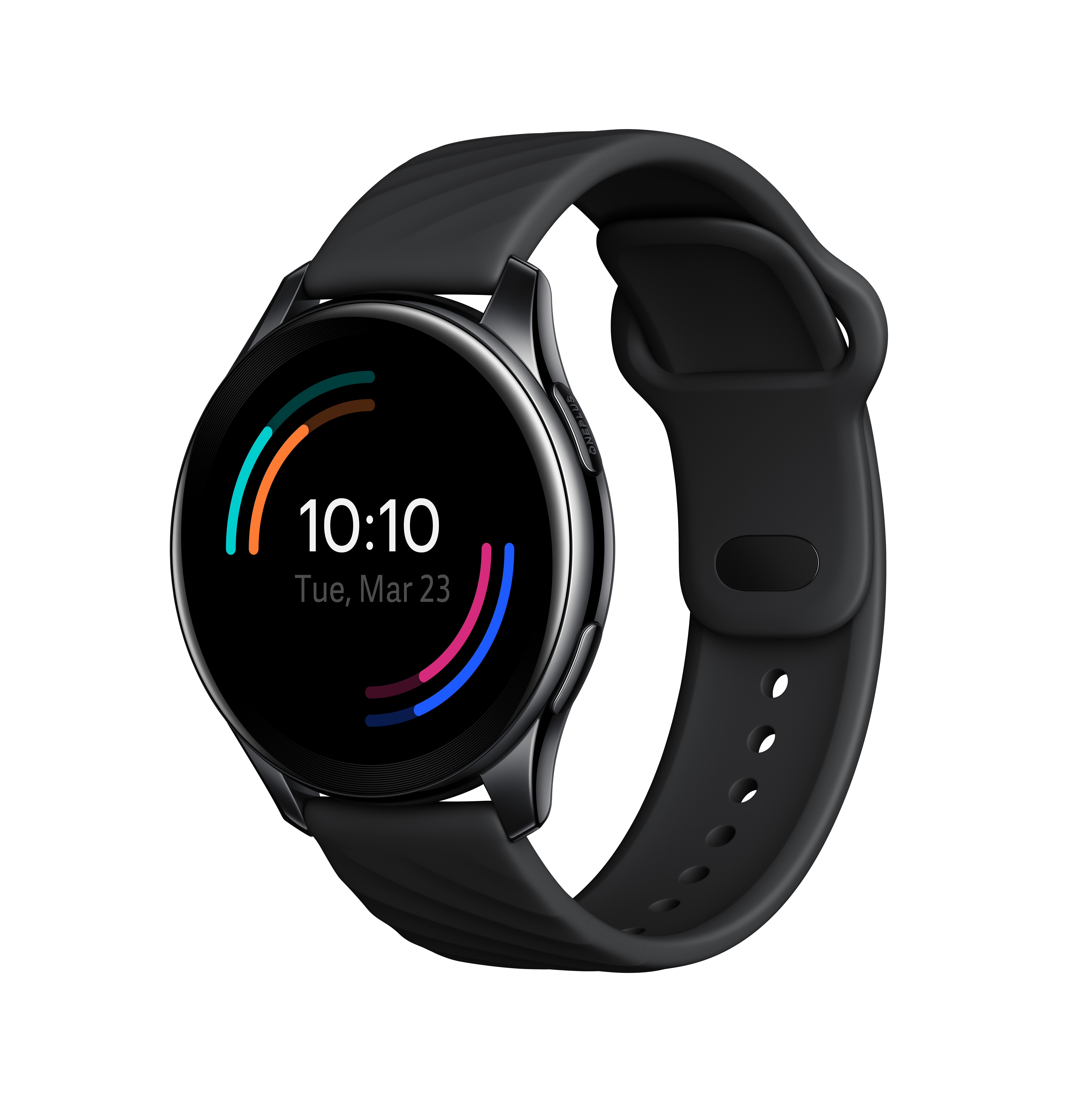 The battery aspect certainly rings true. That continues to be one of the largest hang-ups for smartwatches, particularly as companies continue to add features. According to the press materials, the 402 mAh battery gives the Watch anywhere between one to two weeks of life on a charge, which is a pretty impressive claim (we have yet to get our hands on a review unit to test this out). That would put it on par with many fitness bands.

There are a slew of sensors on board, measuring different health metrics, including heart rate and blood oxygen, accessible through OnePlus’s Health app. There’s 4GB of storage, half of which can be used for things like music. The Watch is rated IP68 waterproof.

In addition to the standard configuration, the company is also introducing a Cobalt model, which swaps the stainless steel body for a strong cobalt alloy, coupled with scratch-resistant sapphire glass.

The wearable will go on sale in North America on April 14.