Auburn University’s RFID Lab has developed a
blockchain platform for retailers who can share their product data across the
retail supply chain, with major apparel brands like Nike and Macy’s, along with
other brands, participating in a recent trial of the new platform.

According to a study called the Chain Integration
Project (CHIP), Nike, Macy’s and other brands ran Hyperledger Fabric nodes on a
part of their major supply chains, eventually finding out that the blockchain technology
can be a very promising way of sharing data.

In the US, the RFID Lab has been one of the important bases for retailers’ experimenting with emerging technology, such as the blockchain, which made CHIP as the Auburn research institute’s first blockchain project as a result. To date, many retailers have started keeping a track on the movement of their products through RFID tags installed in each and every unit. For instance, Nike products have similar tags that help the company to keep a tab on the movements of its products.

In
October, IKEA made an entry into the blockchain domain by conducting a
transaction with Nordic Store, an Iceland-based retailer, on the Ethereum
blockchain. The transaction, which was carried through cloud-based digital B2B
spend management platform Tradeshift, was settled through an e-invoice with
Monerium’s programmable digital cash.

Photo by Josh Redd on Unsplash

Interested in hearing more in person? Michel Rauchs is speaking at Blockchain Expo Global, on March 17-18. Find out more about the Blockchain Expo World Series, Global, Europe and North America. 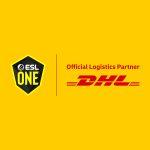 LeCrab
1 October 2020
Since the start of the Covid-19 pandemic, countries under full lockdown have experienced an average 25% decline in energy demand...

LeCrab
25 September 2020
Blockchain should still be in the ‘assess’ phase for enterprises with many parts of the technology ‘considerably overhyped’, according to...

LeCrab
21 September 2020
Blockchain patents are ‘skyrocketing’ in 2020 with Alibaba by far the leading publisher, according to a new study. The research,...

LeCrab
16 September 2020
A new threat report from Aqua Security has revealed the majority of attacks analysed on cloud-native infrastructure were for mining...