Challenger bank Bunq is adding a new feature that lets you donate to charities directly from the app. In addition to that, Bunq is also in the process of redesigning its app. The company is launching a public beta test to get feedback from its users.

Other fintech startups, such as Revolut and Lydia, have launched donation features in the past. But in those cases, startups have selected a handful of charities.

Bunq has chosen a different approach, as you can create your own donation campaigns in the app. As long your local charity has an IBAN number, you can add it to Bunq’s donation feature. You can even add a local business in case you want to help them stay in business.

You can then invite other people to donate to your charities. You can also track the total amount of your donations, as well as the total donations from the entire Bunq user base.

The company has also been working on the third major version of the app. In order to test it before the public release, Bunq is launching a public beta program. The first build will roll out in the coming weeks.

In order to simplify navigation, Bunq has tried to remove clutter by focusing on one main button on each page. The app will be divided in four main tabs.

The first tab, called “Me,” will feature all your personal information — personal bank accounts, savings goals, etc. On the second tab, called “Us,” you can see information about Bunq, such as total investments and total donations. The third tab features your profile information.

Finally, the fourth tab is a dedicated camera button. It lets you scan invoices and receipts, which could be particularly useful for business customers. I’m not sure a lot of people use that feature, but things could still change before the final release. 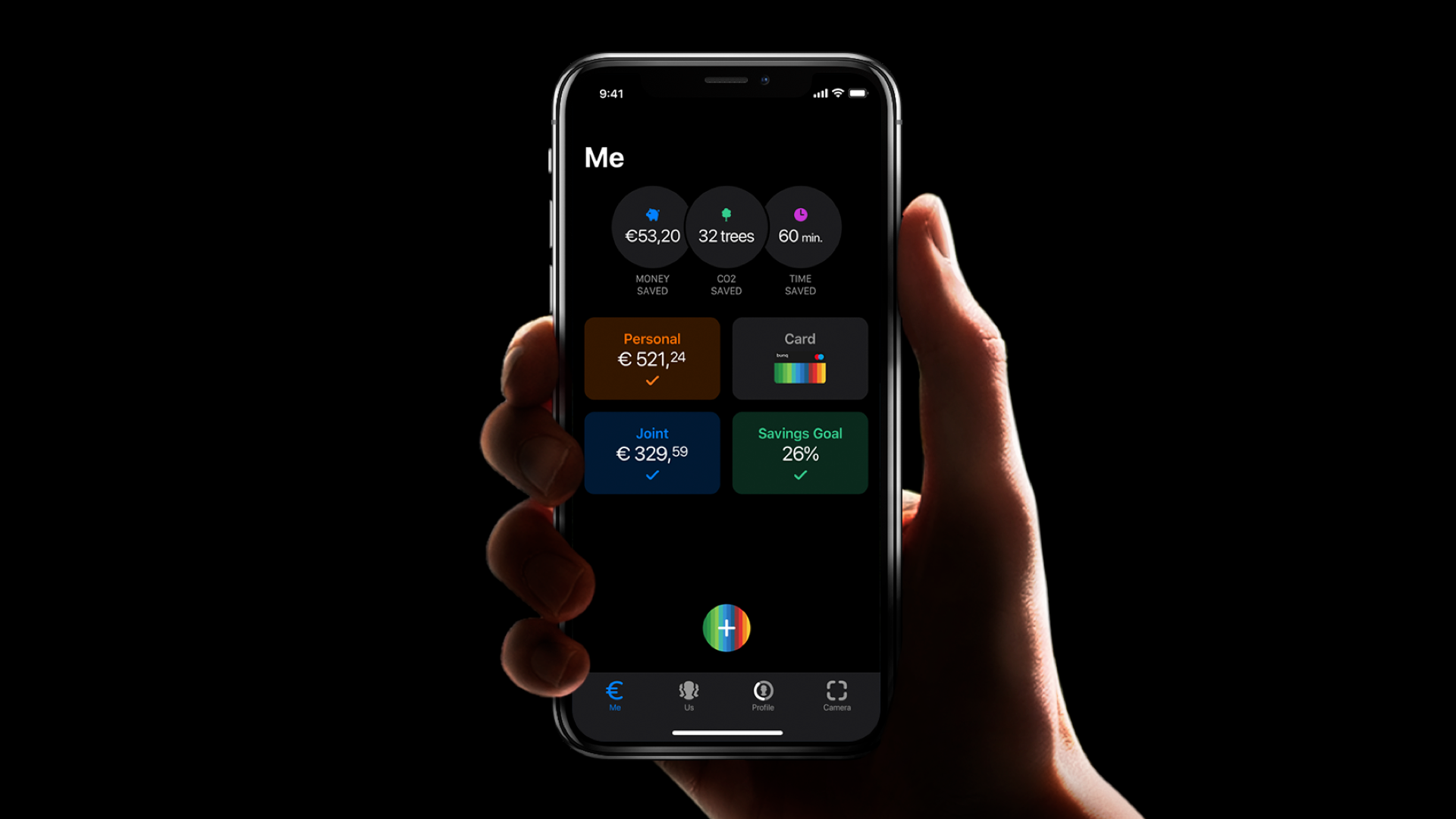