Daimler, the automotive manufacturer behind the Mercedes-Benz brand among others, is working with Singapore-based Ocean Protocol on a pilot project for ‘decentralised data orchestration.’

The project, claimed as a success by both parties, is focused around Ocean Protocol’s ‘compute-to-data’ solution, which aims to enable companies to share, buy, and sell data while maintaining privacy.

Ocean Protocol’s wider vision is to coalign blockchain and artificial intelligence (AI) technologies – and with the compute-to-data offering, organisations can, for instance, allow third parties to build AI models on top of their data without risking exposure.

Daimler was noted as a useful candidate for this project as it has an international footprint where every business unit can participate in a data sharing ecosystem, both within Daimler and with external service partners. Ocean Protocol noted the automotive company had a ‘clear vision on how blockchain technology can unlock data sharing and make operations more efficient.’

“We believe in the power of blockchain to unlock the value of data in a decentralised way,” said Hartmut Mueller, Daimler VP IT technology and cross functions in a statement. “On our journey towards a data-driven company this collaboration with Ocean Protocol enables us to build a secure enterprise B2B data marketplace to monetise and put data to work.”

The companies have previous links. Bruce Pon, one of the co-founders of Ocean Protocol, had previously worked at Daimler, while customers at previous company Avantalion included Mercedes-Benz, alongside Volkswagen, Mitsubishi and Jaguar Land Rover. In February, as this publication reported, Mercedes was exploring blockchain for wider transparency on CO2 emissions in the cobalt supply chain.

You can find out more about the collaboration here.

Photo by Kevin Bhagat on Unsplash 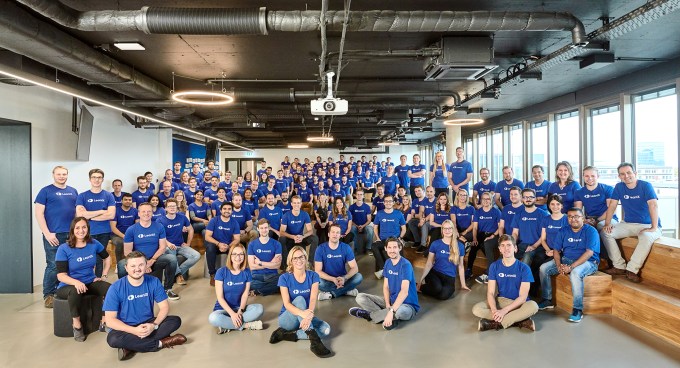