The brand refresh was carried out by branding agency DesignStudio.

The redesign is said to reinvigorate “the league’s connection with audiences following the recent merging of the Northern and Southern Latin American leagues.” It “bridges the divide by building a passionate, united new community.”

Eric Ng, Creative Director at DesignStudio, discussed the rebrand in a release: “We took the client along with us on the immersion for this project. As we knew this would be a great experience for everyone, we were discovering and uncovering all of the interesting points about this project alongside one another at the same time, in real time. This early collaborative experience proved vital in shaping the strategic vision, proposition and brand pillars, which led to the refreshed visual identity work.”

DesignStudio is said to have spent three weeks travelling through five countries in Latin America, meeting with players, fans, and key figures to “understand the culture around esports.” The entire design is said to embody “a guerrilla spirit that invites fans to make the brand their own.”

Andres Cerro, Brand Manager League of Legends – LATAM at Riot Games, added: “The rebrand of the Liga Latinoamerica was not only an exceptional example of DesignStudio’s strategic and creative prowess but a testimony of their ability to stretch beyond their comfort zone. The esports world is not easy to understand for outsiders, and even more when mixed with Latin American culture, but DesignStudio tackled this challenge with unparalleled passion and method. As a result, together we came up with a unique and bold brand, one that truly embodies the competitive experience Riot plans to deliver to the fans for years to come.”

Esports Insider says: It’s good to see a new approach to the league now that it’s encompassing the entirety of the Latin American region for League of Legends. From a consumer perspective, the branding certainly stands out and seems to meet the passionate and active approach that DesignStudio aimed for. 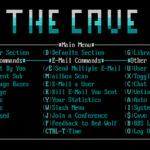 2 December 2022
To da moon: Emm aims to innovate on the menstrual cup | TechCrunch

To da moon: Emm aims to innovate on the menstrual cup | TechCrunch