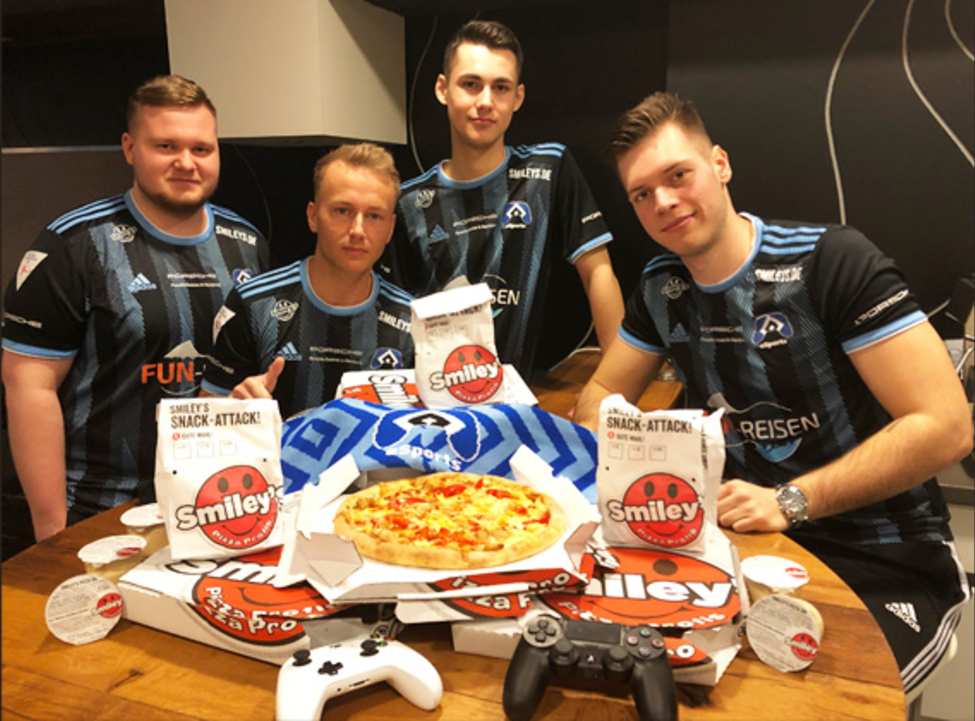 As part of the deal, Smiley’s Pizza will have its logo emblazoned on HSV eSports’ jerseys.

In addition to the jersey sponsorship from Smiley’s Pizza, the two parties are set to collaborate in content projects over the course of the six-month deal. This is an expansion of Hamburger SV’s partnership with the pizza chain.

Marleen Groß, Head of Brand & Marketing at HSV Fußball, commented on the partnership in a release: “With Smiley’s Pizza we are very proud to welcome the latest partner for HSV eSports. Smiley’s has been partnering with HSV since the 2008/09 season. As part of the new eSports commitment, we want to create beautiful stories for our young eSports community around virtual football. Of course, our eSports fans are also happy about delicious pizza, which will be available in the eSports room from now on.”

Andrea Schemion, Managing Director of Smiley’s Pizza, added: “We are now able to reach most of our Smiley’s fans via the digital channels. It makes sense to expand our long-term HSV partnership into the eSports area – from the stadium to the virtual world, so to speak. However, our pizza remains genuine, handcrafted and it tastes best analog!”

Esports Insider says: Fast food chains see a lot of potential when it comes to reaching gamers, so this isn’t a groundbreaking deal by any means. What’s cool, however, is seeing a sponsor from the football side expanding to cover esports too – that’s the sign of a dynamic working relationship.