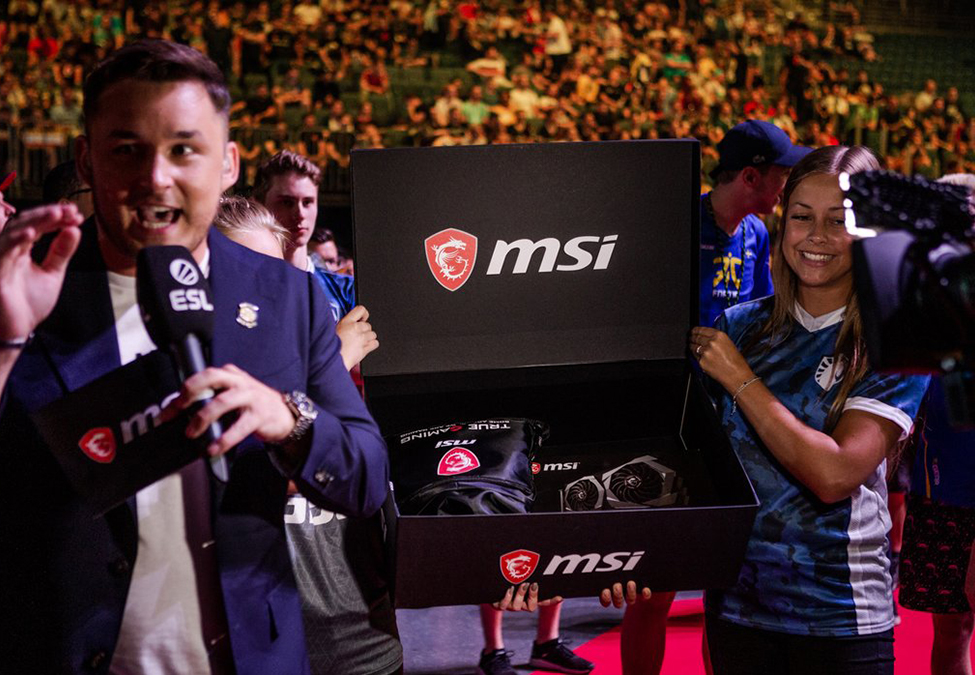 Computer hardware company MSI has extended its partnership with ESL to run through seasons 11 and 12 of the ESL Pro League.

As the ESL Pro League’s official gaming partner, MSI will outfit the next two seasons with gaming hardware such as computers, motherboards, monitors, and graphic cards.

The Taiwanese technology company will also “work to captivate fans through engaging onsite activities,” according to a release. One of these planned activations will be the ‘Mystery Box Segment,’ which quizzes audience members onsite at the Pro League Season Finals in exchange for MSI prizes.

Paul Brewer, SVP Brand Partnerships at ESL, spoke to engaging a fan base by means of this partnership: “Our continued partnership with MSI has allowed players and fans at ESL tournaments to experience esports in unprecedented ways. Onsite activations like the Mystery Box Segment and MSI Gaming Arena have engaged fans online and at past competitions, and we’re looking forward to bringing these experiences to ESL Pro League Season 11 and 12.”

Additionally, the amateur-focused MSI Gaming Arena (MGA) will see its revival this year. Teams across North America, Europe, Asia-Pacific, and CIS will compete in CS:GO to be the best in their region. The top four teams will be invited to play in the MGA Grand Finals in front of a live audience at the ESL Pro League Season 12 Finals in October. The event will be streamed live on MSI’s website and social media channels.

Sam Chern, VP of Marketing at MSI, also commented on the partnership: “It has been amazing to partner with ESL. Our extended partnership in 2020 guarantees global players not merely another year of world-class gaming events but also incredible gamer-driven innovations that will reshape their gaming experiences.”

Esports Insider says: Partnership extensions are a great sign of a deal that’s working well for both parties, and it’s safe to assume that’s the case between ESL and MSI. Coming off record-breaking viewership at IEM Katowice this past weekend, matters are looking good for CS:GO.