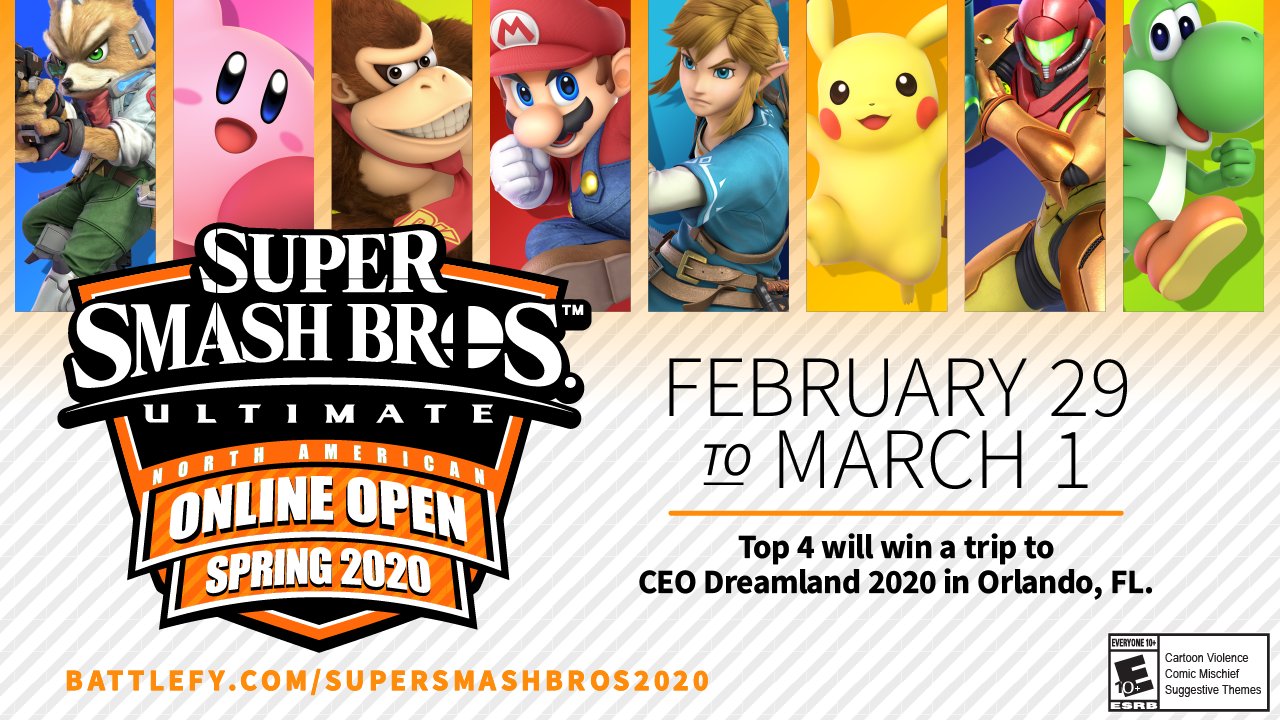 Competitive tournament platform Battlefy has partnered with Nintendo of America to host a series of Super Smash Bros. Ultimate amateur competitions throughout 2020.

The online tournament will host competitors in the United States, Canada, and Mexico across two days starting on February 29th. Four of the event’s top performers will receive compensated travel packages to attend and compete at CEO Dreamland 2020 in Orlando, Florida.

As per the deal, Nintendo will assist in promoting Battlefy’s Super Smash Bros. tournaments across its official channels as well funding travel and prizing components throughout the year. As for Battlefy, the company and its team will handle all aspects of tournament operations including setup, matchmaking, disputes, and general administration.

Yohan Sengamalay, General Manager at Battlefy, told Esports Insider: “Our partnership with Nintendo over the last year is a great example of an esports circuit built with a major publisher for the wider community. Our goal is to create an open online series in which anyone in North America can compete with a chance to gain access to the biggest live events like EVO and Genesis 7. We’re incredibly excited about the future of the Super Smash Bros. Open in 2020.”

This year’s collaboration will build upon a relationship between the two established in 2019. Last year, Battlefy hosted the official Nintendo Smash Bros. Ultimate circuit for six events including EVO, The Big House, and Genesis 6. In its North American qualifiers, Battlefy attracted upwards of 6,500 competitors to compete on its platform. It’s said the two lean equally on one another as consultants to help guide the online competitions for the best possible experience.

Traditionally an esports-adverse company, the partnership at hand shows Nintendo’s further commitment to acknowledging its competitive sector. In January, the American division of the company sponsored Genesis 7. Esports Insider contacted the tournament organisers for comment, but was told the specifications of the deal were bound by a non-disclosure agreement.

Esports Insider says: Battlefy continues to focus and operate around amateur esports, an often overlooked, yet critically-important chain in the esports industry. The support of Nintendo affirms the vision of offering players of all skill levels a chance at a professional career.